Check out the ﻿online store﻿

Stay cool with the Arctic Heat Cool Vest as used by most elite sporting teams, Olympic athletes, industry workers, doctors and people with MS Multiple Sclerosis. In fact it is now the World's leading lightweight body cooling vest - being sold throughout North America, USA, Canada, UK, Europe, Asia and Australia, and weighing around 2.2lbs when correctly activated.
Ice Vests are a must have item for summer or whenever heat stress is an issue. Arctic Heat Ice Vests and other body cooling products such as cool vests, cooling cap, ice hat, hot/cold neck wrap, cool towels, hot /cold therapy knee wrap, ankle wrap, thigh wraps, shoulders wraps, and cooling shirts are available for purchase direct from our online store. Check out our Instagram feed below to see some of the latest people to be wearing Arctic Heat to keep cool.

The Arctic Heat USA ﻿Cooling Vest﻿:
* Reduces skin temperature by up to 30 degrees Fahrenheit while maintaining a stable core temperature
* Delays the onset of dehydration by conserving fluid that would normally be lost through sweating
* Lowers cardiac output towards the skin
* Allows more blood to be sent back to the muscles resulting in a prolonged high level of performance.
* May stay cold for up to 2 hours 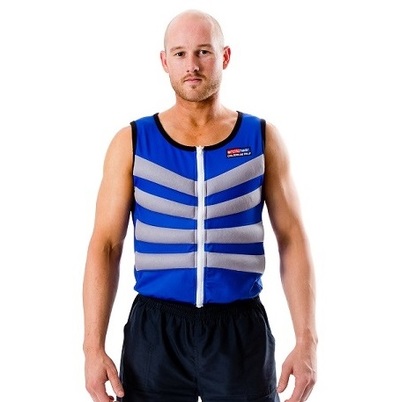 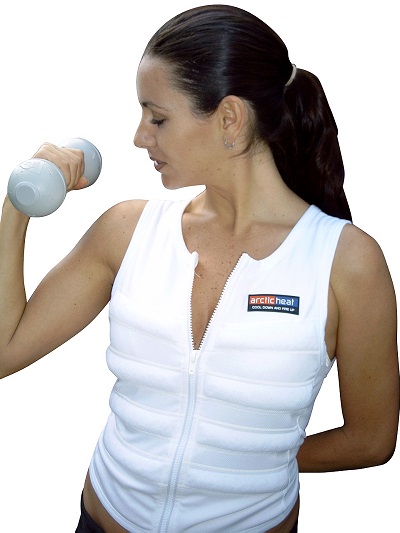 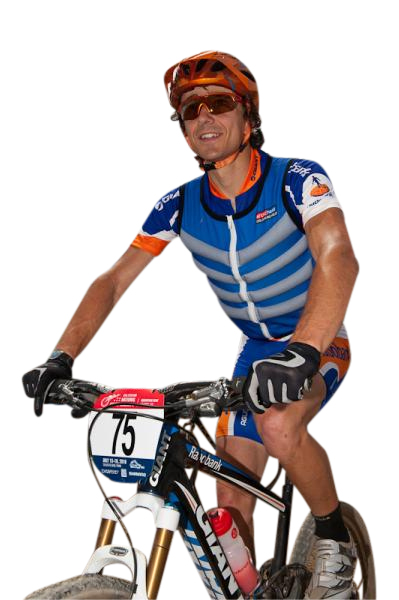 The cool vest or thin ice jacket is made from materials specifically designed to cool the body. The inner lining is made from a wicking material, and a micromesh outer with pockets of special non-toxic viscous gel sewn in. The gel has the ability to hold temperature for long periods of time and can be used straight from the freezer, or out of an ice water slurry.

The Benefits of a Body Cooling Vest or Ice Vest. 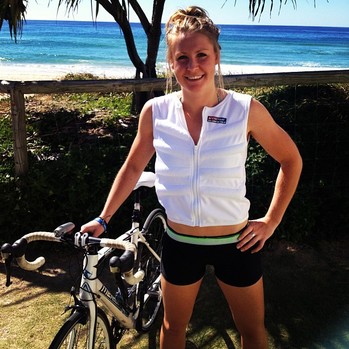 Arctic Heat Products aid in reducing the effects of heat stress and reduce the likelihood of heat related illness by cooling the body.

The ice cool vest is also very useful in treating conditions such as Multiple Sclerosis, MS Ectodermal Dysplasia, and Eczema.